Skip to content
Home , Fly Tying , How To Whip Finish A Fly (Step-By-Step With Video)

How To Whip Finish A Fly (Step-By-Step With Video)

Or expert fly tyer shows you exactly how to whip finish a fly and how to use a whip finishing tool in this easy, step-by-step article with a video tutorial.

Every fly tyer needs to know how to whip finish a fly. When you are done tying a fly, the last step is to tie it off with a securing knot.

The most common method is to use a technique called a whip finish. Learning how to whip finish a fly is a necessary skill and one of those building blocks that will make you a better tier.

In essence, a whip finish is nothing but a nail knot. The whip finish tool, regardless of its design, aids the tier to maintain tension and gives control when tying this knot.

There are tiers that prefer using their hands to do a whip finish, but for new tiers I recommend making use of a tool.

When To Whip Finish A Fly

Most often, a whip finish will be the last step when tying a fly. It secures the thread at the end preventing it from coming undone. 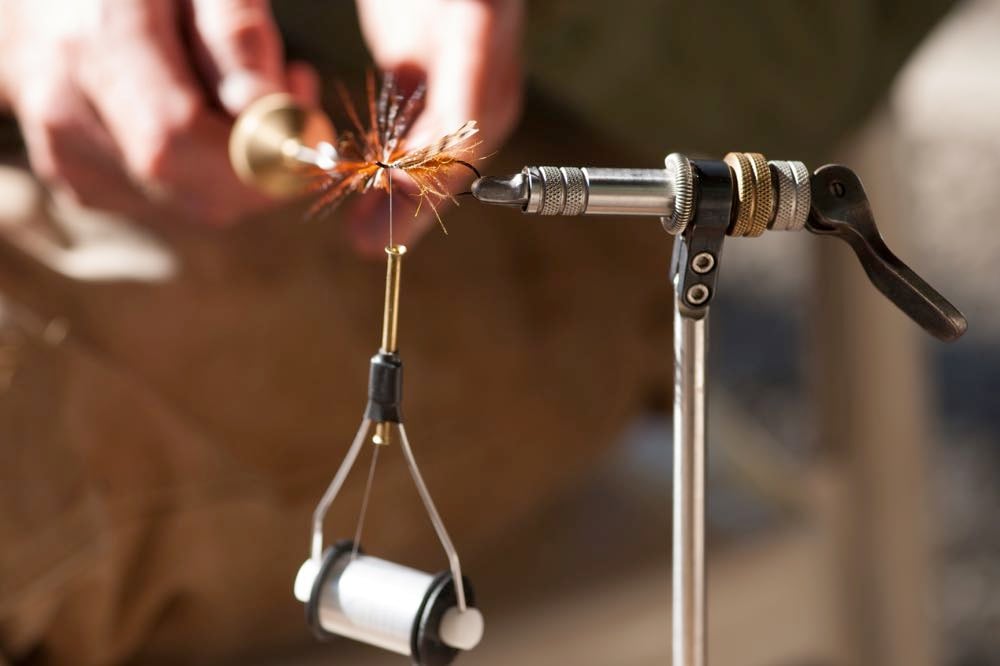 If I am tying large streamers or saltwater flies that are going to be abused by fish, I want to create a strong “barrier” in-between steps. This will prevent the fly from falling apart if some of the material is damaged. To create these “barriers”, I whip finish after each major step and apply super glue to the knot.

I also make use of three whip finishes when creating loops on heavy saltwater fly lines. For large and strong fish such as Giant Trevally and Tarpon I don’t trust the standard welded loops that the lines come with. Instead, I replace them with a mono braided sleeve and three whip finishes.

In general, there are two main types of whip finishing tools. Even though the specific design of whip finisher you’re using might be slightly different, it’s most probably based on one of these two designs. With both designs you’ll end up tying a nail knot.

This post will also help you to understand how to use a whip finishing tool.

When buying a whip finisher, make sure the tips are thin as this will assist when finishing off small flies.

The Matarelli style whip finisher is made out of a single thick gauged wire that is bent in a specific way. This means that the tool is sturdy and doesn’t have much flex. Also, once you get the hang of using it, it makes a whip finish incredibly fast

A Thompson whip finisher is made from two wires that cross each other. The tool is used in a very similar way than the Matarelli design. The main difference is that the arm that crosses at 90-degrees has a certain amount of flex.

Also make sure to check out our post that includes our top recommended Whip Finishing Tools that you can pick up on Amazon.

Watch The How To Whip Finish A Fly Video

How To Whip Finish a Fly

After you have completed your fly, it’s time to end it off with one or two good securing knots. Follow the step-by-step guide below to see how to whip finish a fly.

Step 1: Bring The Bobbin Holder Up

At the point when you’re doing a whip finish, you’ll pretty much be finished tying the fly and the bobbin holder will be hanging from the thread, just below the vise.

Bring the bobbin up towards you an let some thread out. Hold the bobbin holder with your left hand and maintain tension. 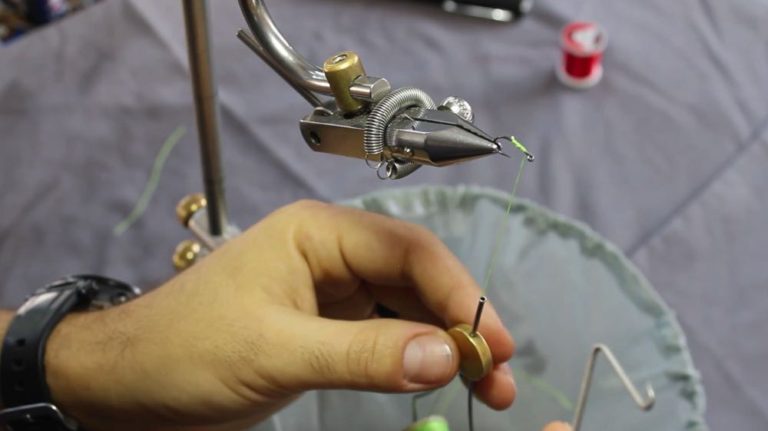 Step 2: Hook The Thread With The Tool

Place the front hook of the whip finishing tool over the thread with your right hand. You should be hooking the thread directly below the hook.

Usually I like to hook the thread around three quarters of an inch below the hook, which gives me enough room for the next steps. 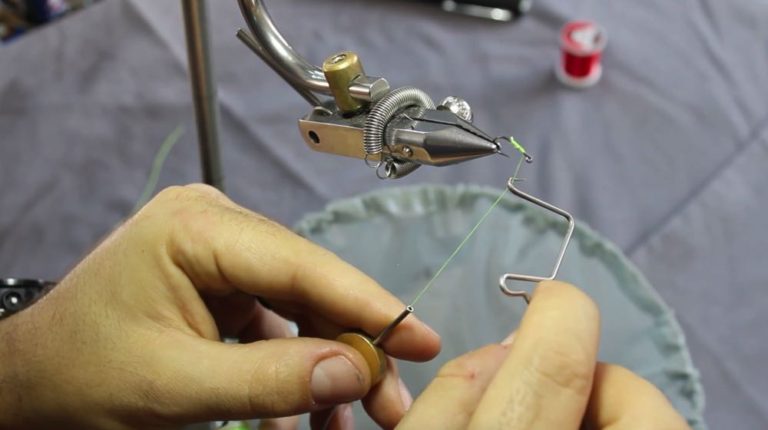 Step 3: Set The Thread In The Tool Groove

While maintaining tension, bring the thread up over the bottom portion of the whip finishing tool near the your fingers where you’re holding it. 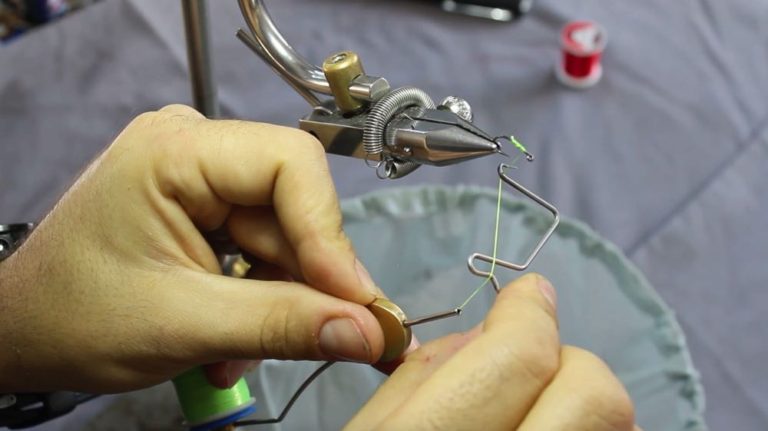 Pull the bobbin holder upward, so that the thread  creates a “V” shape, then rotate the whip finisher and place the thread on top of its tail end to create a triangle.

To prevent the thread from slipping out of the slot at the back, maintain enough tension with the bobbin holder in your left hand. 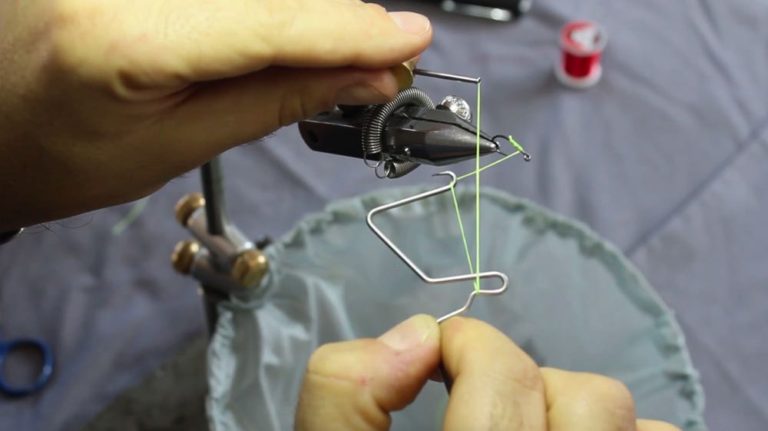 Place the point where the thread crosses onto the hook where you want to create the whip finish.

Most of the time you’ll do a whip finish on the head of the fly, but not always. Remember to maintain tension with the bobbin holder through each of these steps to ensure the thread doesn’t accidentally slip out of the tool.. 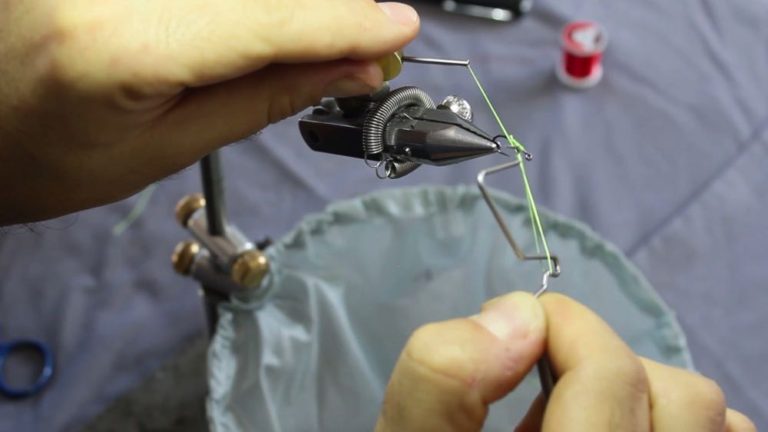 Step 6: Rotate The Whip Finisher Around The Hook

While keeping the bobbin in your left hand positioned in the same place, rotate the whip finishing tool three times around the hook.

This will wrap the hook and set the place for where the final knot will be tied in the next steps of the whip finish. 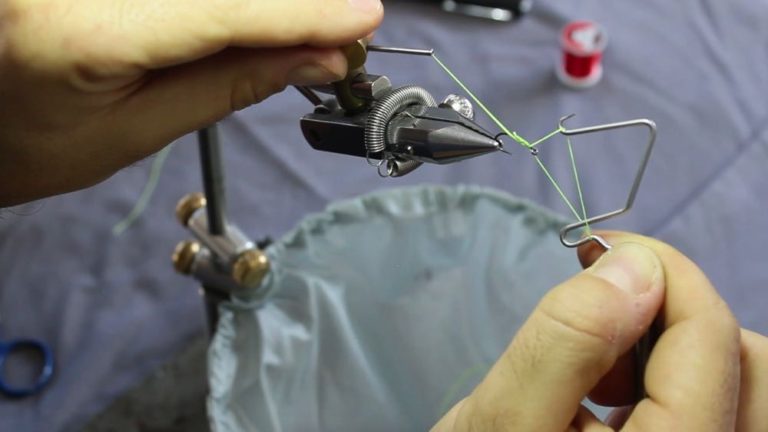 Step 7: Slide The Thread Out Of The Slot

Very gently, relieve a little tension and slide the thread out of the slot at the back of the tool. You’ll see it release from the “groove” that you set the thread in  As soon as this happens, make sure you regain tension on the thread. 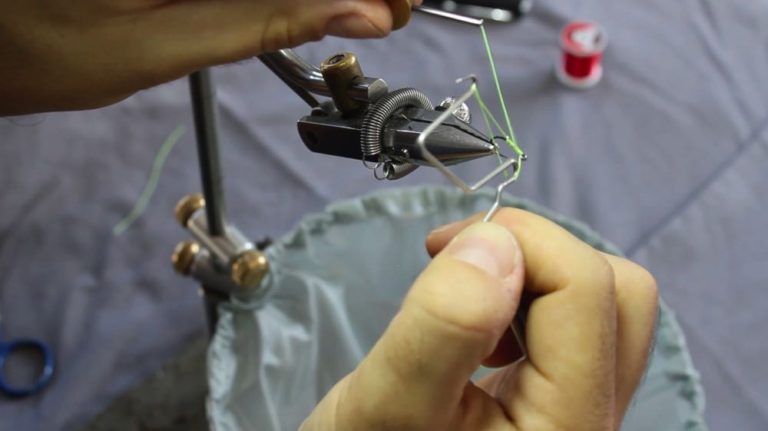 At the same time, pull the bobbin holder away from the hook and move the whip finishing tool’s tip closer to where you created the knot. As soon as you reach the hook, very gently slide out the hook. 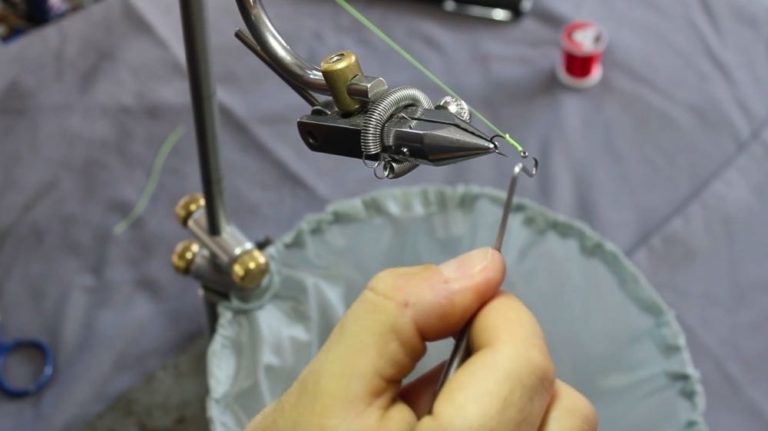 Pull down on the knot gently to secure it in place. Remember that, if you’re tying with very thin thread it might break easily. When the knot is secured, repeat Step 1 to 7. 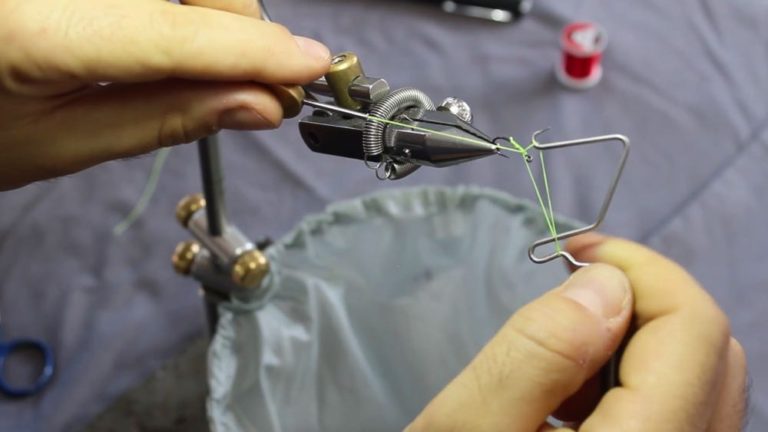 Step 10: Cut Off The Thread

Once you’re satisfied with your whip finish, having gone through steps 1-7 twice and locking the thread into place with a knot, you can cut off the thread very close to the hook shank.

This is the completed whip finish that you’ll need to do to finish every fly you tie. 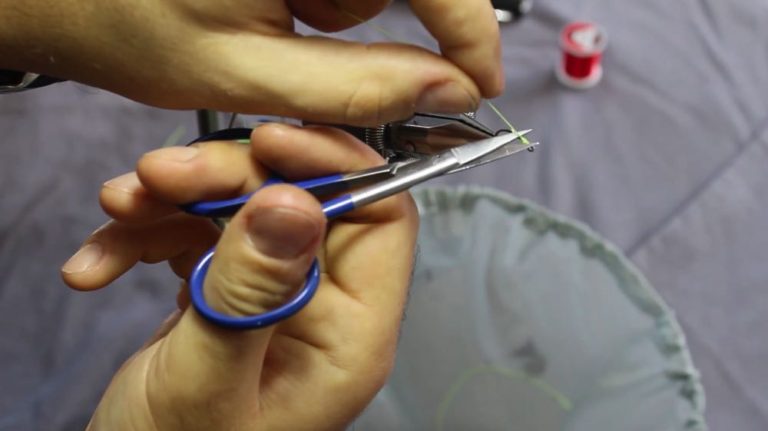 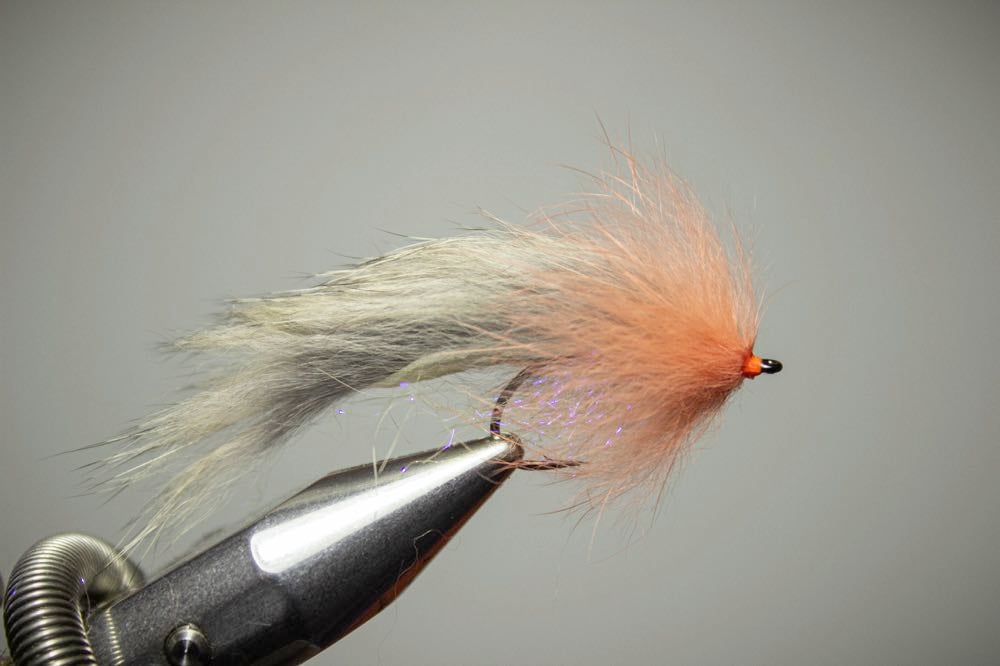 How To Whip Finish a Fly

The more you practice and make use of this technique, the easier it will become. Soon it will be second nature – when you pick up the whip finishing tool your hands will complete all the steps by themselves.

I hope that this guide has shed some light on the importance of the whip finish. Also, it’s not this complex near-impossible technique that will take you months to conquer. If you focus and practice for an hour or two, you’ll be able to master it.

Once again, thank you for taking the time to go through one of our guides with us. We would appreciate it if you leave any comments or questions down below. Please feel free to share this post with any new fly tyers. 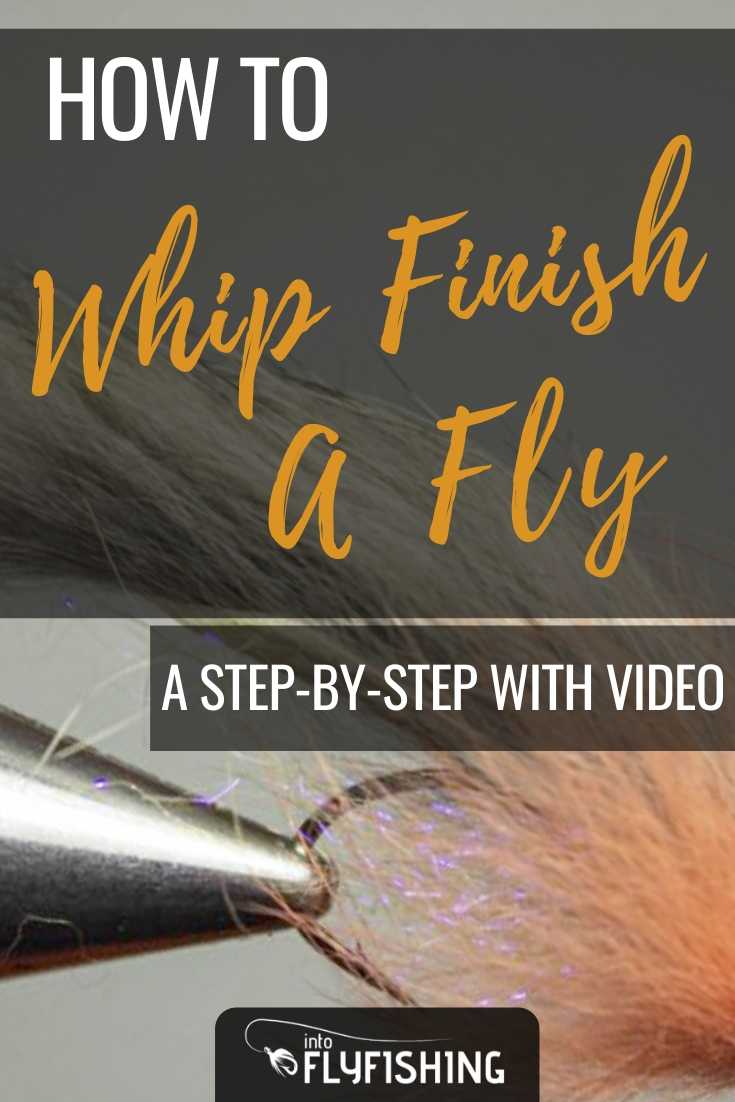 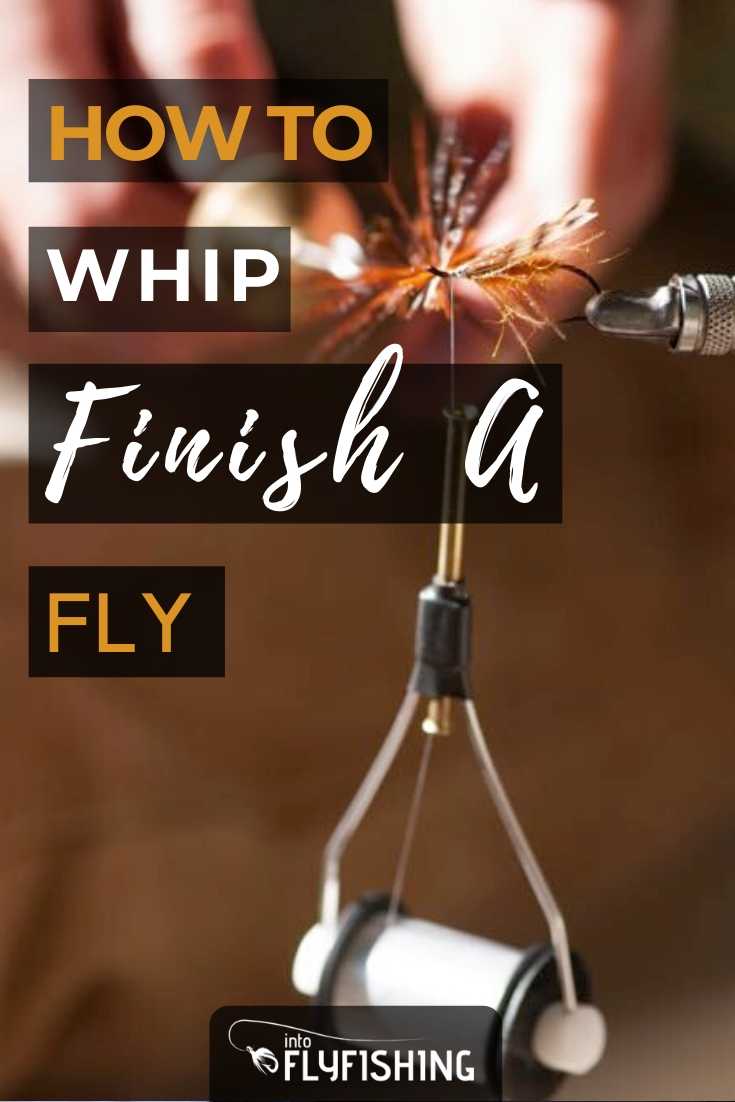